What a facelift kale has had over the last year or two! It used to be only eaten by homegrowers and traditional allotment growers but now it’s officially a superfood. Widely available in supermarkets and markets there seems to nothing it can’t cure!

I’m not medically minded but I’ve always believed that the more colour a veg has the better it is for you – simple but seemingly true.

Sautéed, roasted, steamed or simmered kale is quite a versatile veg with a unique earthy, minerally taste of its own but the most health benefits are believed to be in raw kale. 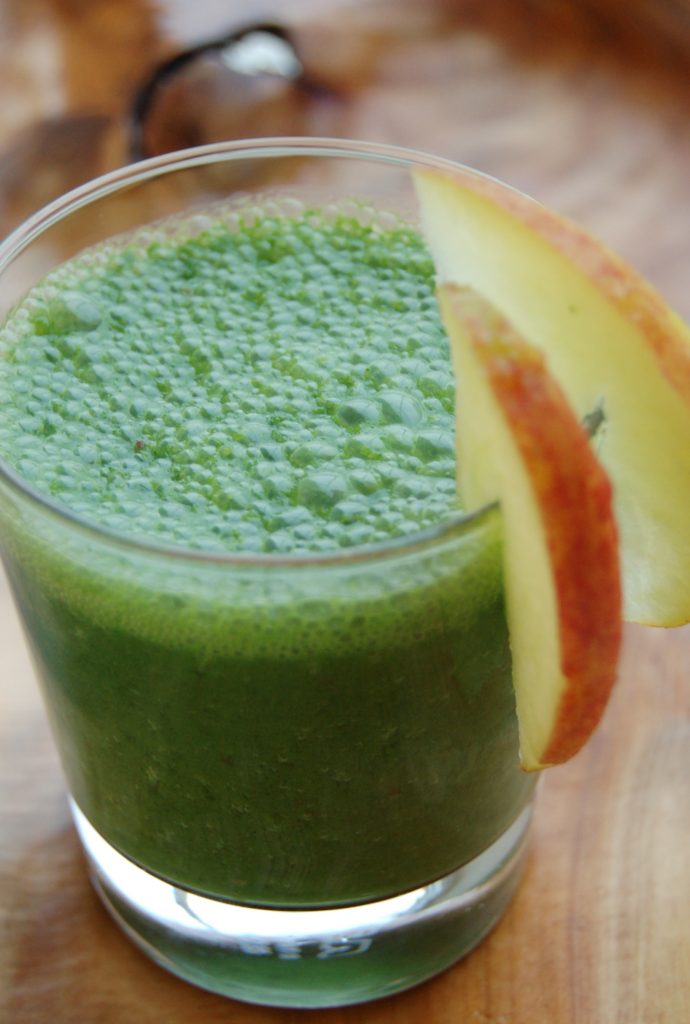 Why pay a fortune for it in a supermarket when it’s easy to do at home? If you’ve got a juicer then it’s simple to make. Water it down a bit though otherwise you’ll be using far too much in one go. Add in some apples and ginger or cucumber and mint to make it go further and calm the taste down a little.

Or try a smoothie if you haven’t got a juicing machine. A blender or liquidiser will do perfectly well and will mean that you’re getting all the fibre of the veg as well.

Chop the kale then add in water or milk to just cover, (coconut water works well too) and blitz till smooth. Add in some chopped fruit or some celery. Pass through a sieve if you want a smoother texture.

If you’re not quite ready for raw kale then have a go at this recipe instead!

Serve immediately. We like to serve these with bacon or just some fried mushrooms or baked beans.

Quick tip – Remove the spines of kale before cutting – they can be tough and bitter to eat. Lay on a board, fold in half and simply cut them away.

Cut out the ribs

If you’re eating kale raw in a salad then it needs to be shredded – simply stack several leaves together and roll into a cigar then cut crosswise as thinly as possible.