Why not have something a bit different for Pancake Day this year – try this German inspired recipe called Apfelpfannkuchen. It’s a creamy oven baked dish made with a batter and apples which I’ve caramelized in the oven first. 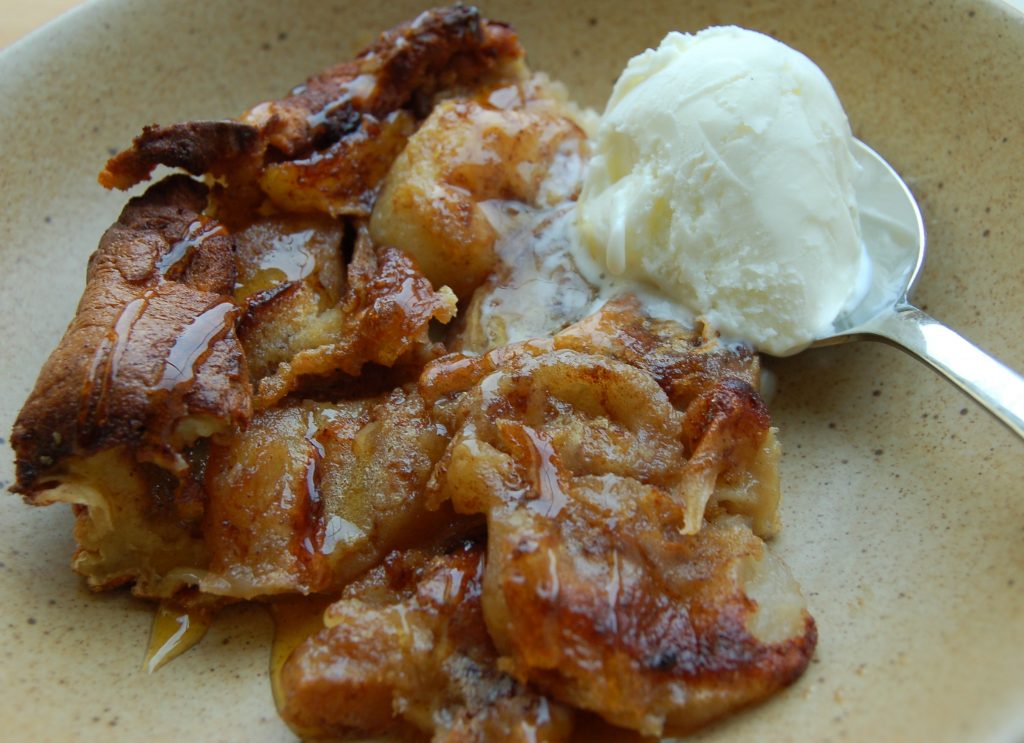 We’ve still got a few apples left in store from the winter and I’m using a cooker in this recipe as they are tasting a lot sweeter now they’re a bit older.

3 tblspns brown sugar (for the apples)

35g brown sugar (for the batter)

This baked pancake does need eating straight away so tuck in with some ice cream and maybe a bit of golden syrup!