We have tried growing sweet potatoes but have really limited success! The crop’s quite small and they take up so much room in the polytunnel that they’re probably not worth the effort. We didn’t grow any this year so I try and remember to buy one now and again as we really love the taste.

They roast really well and make fantastic roasted chips. Or try a twist on the traditional dish of colcannon. Simply boil large chunks of sweet potato till tender (don’t forget it cooks more quickly than ordinary potatoes) then mash with a generous amount of butter and stir in some steamed cabbage or kale. This is really good with gammon glazed with honey.

I’m not a big bread maker but have tried this treat a few times now – it’s something a bit different and is a real sticky, tea time treat!

Takes about 30 minutes plus approximately an hour for rising time

These are best served when still warm with honey to dip into. Try slicing some banana to eat with them too. 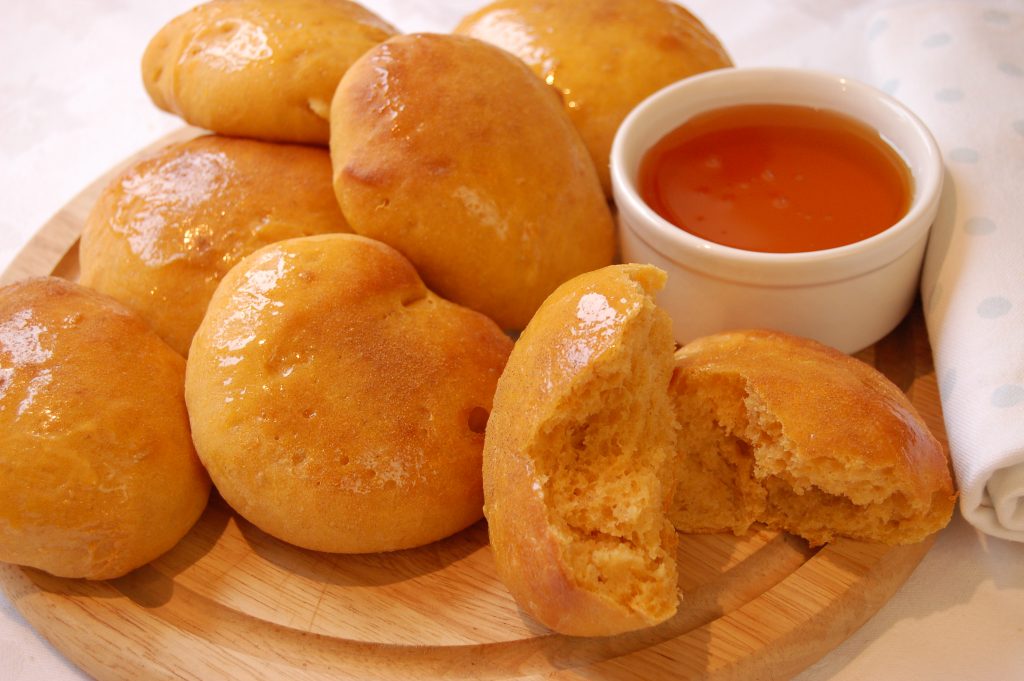