Last of the brussels in February’s kitchen

My children will be amazed that I’m posting this recipe as they know my monumental dislike of brussel sprouts. At Christmas I’d always be the one forced to have one on my plate but would end up sneaking it onto Martin’s when he was pulling his cracker!

But, someone told me to try roasting brussels and I have to say I’ve become quite a fan! Any vegetable when roasted will take on a certain sweetness and brussels are no exception. They roast to perfection with crisp, golden and caramelised edges and seem to lose any harsh brussely taste in favour of a mature caramelised cabbagey sweetness!

How to roast your sprouts

Chop off the woody end of your sprouts and peel away the looser outside leaves. Chop in half or quarters if very large and toss in some oil with added salt and pepper 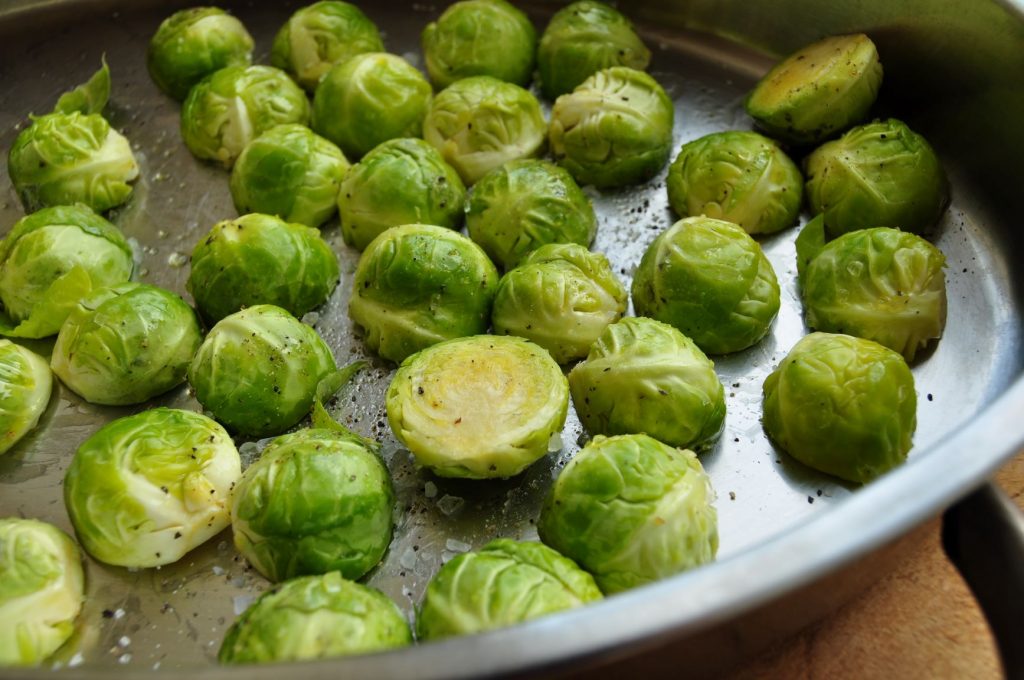 Lay in a single layer in your roasting tray and pop in the oven (220C/fan 200/gas7) for about 20-25 minutes, giving a shake halfway through. 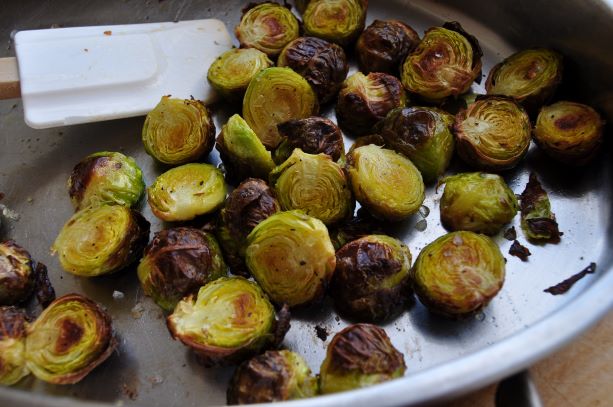 For something a bit more substantial I’ve made a really quick and easy pasta dish which can be adapted as much as you like. I’m still using pasta sauce from the freezer that I made in the summer but you could easily use a ready prepared one or make one from scratch for this dish

About a tablespoon oil

Couple of rashers of bacon, chopped small or some pancetta

Tagliatelle for 2 (or a pasta of your choice) 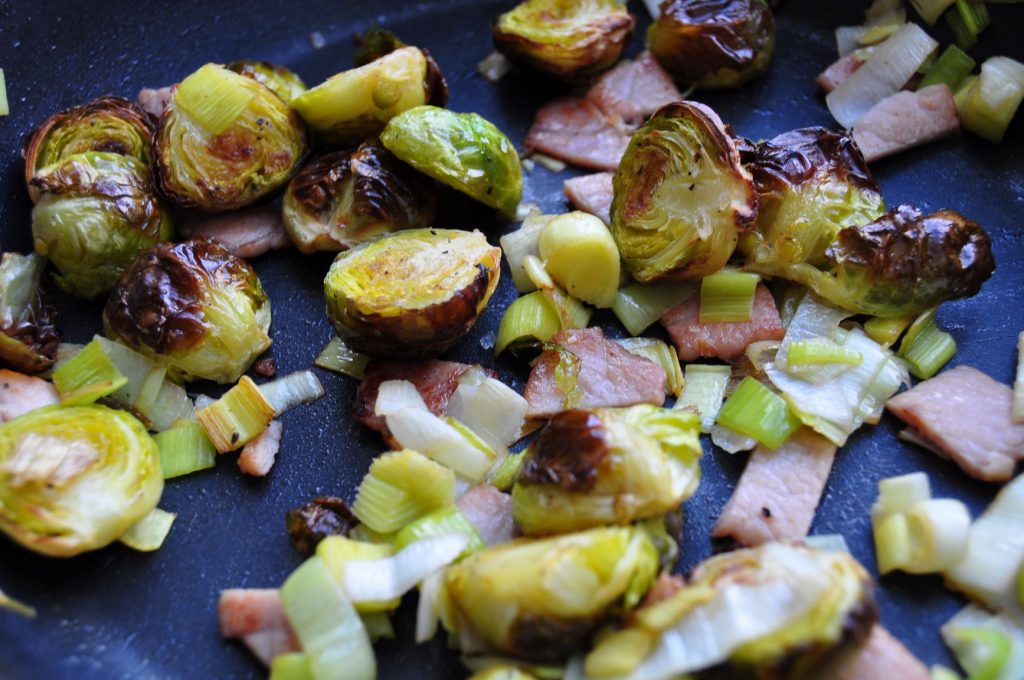 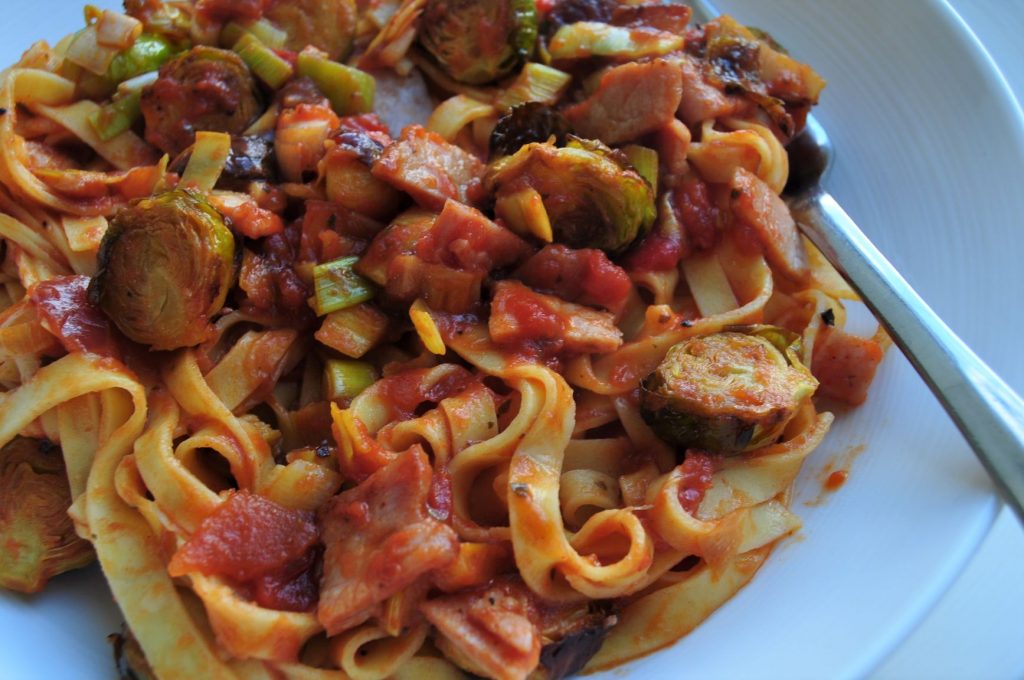 Serve immediately with loads of garlic bread! Of course you could add in some chicken or maybe some sausage instead of the bacon or leave it out altogether for a meat free option.

There might be some outer leaves left in the roasting tray – these make great little brussel crisps!