It’s a slightly different Hallowe’en in our village tonight. Usually by now we’ve had several knocks on the door as unrecognizable family groups walk round Trick or Treating in their ghoulish costumes!

This year though lots of houses have decorated windows or garden gates with spiders, witches and pumpkins for families to spot as they walk round in their bubbles!

We’ve done a hollowed out pumpkin as usual with a candle inside it and tonight we’ll be eating some pumpkin stew from my bubbling cauldron! There’s a bit of chilli and ginger in it to give it a bit of a kick along with some veg from the freezer.

Don’t forget to save the seeds from your pumpkin as they’re delicious when roasted or toasted. Toss in olive oil and salt and roast in a low oven for about 15 minutes until they start to split Sprinkle with some smoked paprika for an extra kick.

Couple of handfuls of green beans (cut into 3cm pieces) or peas,

1 can chickpeas, rinsed and drained

For the thickening ‘picada’

Traditionally used in catalan cooking this ‘paste’ is added at the end of cooking time to thicken the cooking juices.

1½ tablespoons cooking juices from the vegetables

A bowl of this is plenty on its own but for the meat eaters serve with some sausages or chop some chorizo to add into the stew. 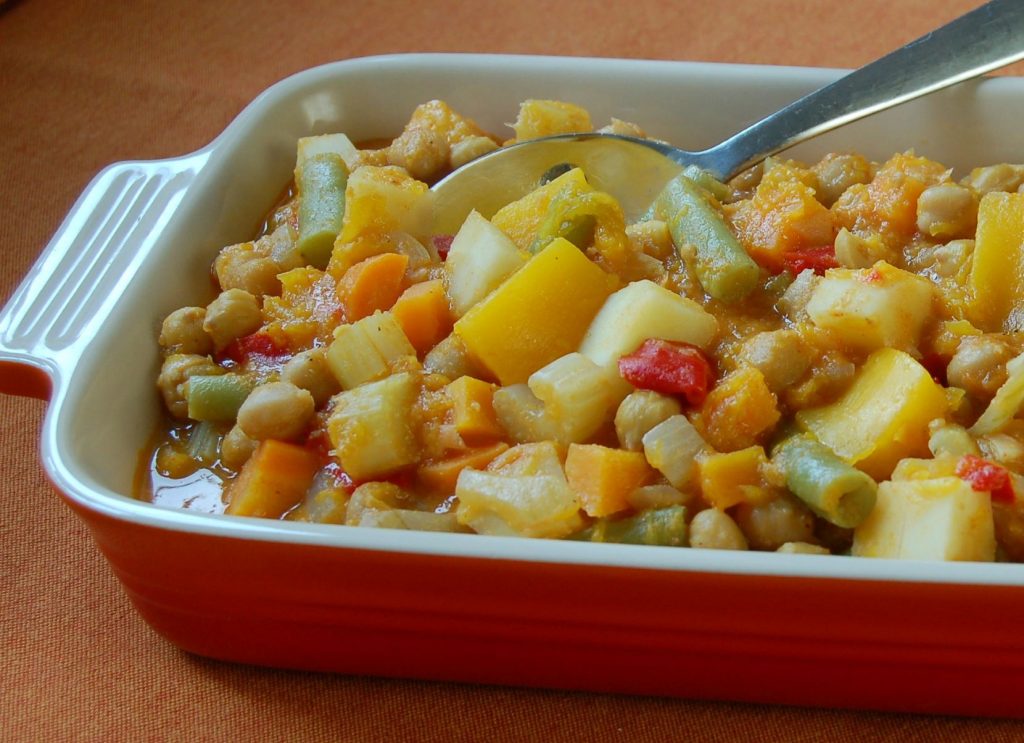