February’s Bake of the Day on Radio York

A few weeks ago Martin asked me to take part in February’s Bake of the Day on Radio York. Julia Lewis the presenter wanted to have a ‘pie’ season and said that I could bake anything I fancied. Pies are great at this time of year as they’re filling and warming so it was a hard choice what to do – but I wanted it to have some produce out of the garden in it. We’ve still got quite a few leeks growing so it had to be one of my favourites – a cheese and potato pie with leeks and onions. It seemed to go down quite well on the radio on Sunday – in fact there was none left for me!! 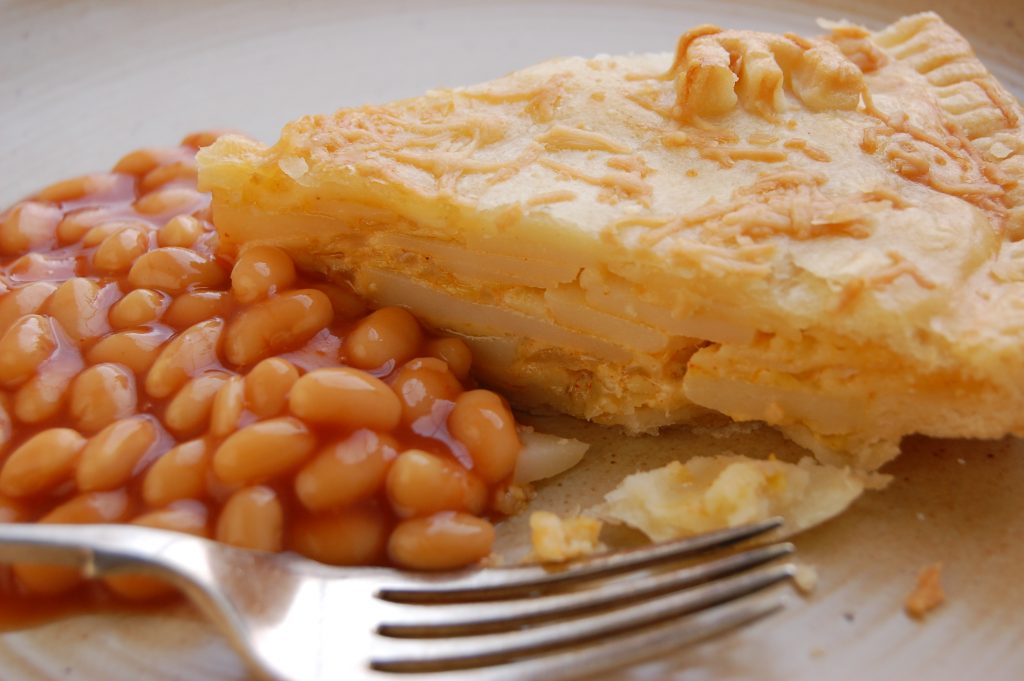 Serves about 4-5 Takes about an hour

Serve hot but leftovers are even nicer cold

Shortcrust pastry for a pie plate

We eat this hot with some baked beans or better still at room temperature with salad and a squeeze of salad cream!