I think it’s the smells of Christmas that I love most at this time of year! Apart from Brussels  – I really don’t see the point in them! Controversial I know and don’t tell Martin I said so!

No one could argue about the smell of a batch of mincemeat pies though and I love making my own mincemeat to go in them – using some of our stored Bramley apples of course. It’s really easy and makes a great gift ahead of Christmas.

This recipe is very versatile to use as it’s already cooked so can be used in no cook recipes to give the flavour of Christmas. I like to add some into stewed apple or even ice cream at any time of year. 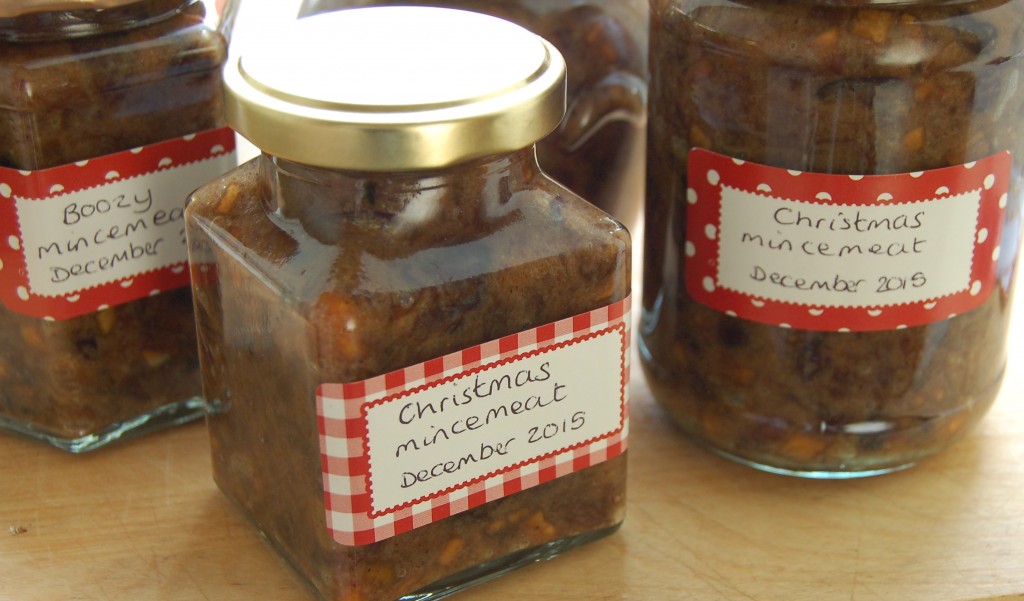 Perfect for a Christmas hamper

All year round mincemeat

You can easily vary the fruit and nut ingredients – these are my favourite but you could substitute more cherries, peel, apricots or prunes.

150g each of sultanas and currants

Leave for two weeks before using – if you make some now it’ll just be ready in time to make a fresh mince pie for Father Christmas when he pops down your chimney!